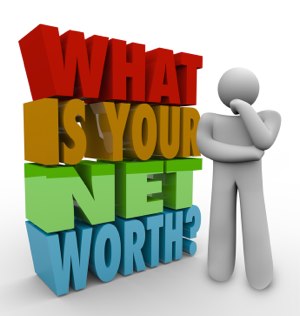 Even though I didn’t cross paths with the term “Financial Independence” until 2018, it’s a notion I felt I have been naturally gravitating toward since a young age… at least I thought so until looking at the numbers for this post. I was a natural saver since childhood UNTIL going to and graduating college. “Net Worth” is an interesting and sometimes abstract concept. I say that because it’s easy to wrap our heads around its calculation (net worth = $$ assets and savings – $$ liabililties and debts); however, I think a lot of us, myself included, are guilty of letting those liabilities and debts hang out in the back of our minds. To be honest, until reflecting on what exactly I wanted to share in my first EVER blog post, I had not thought much about my own net worth and its evolution over the years. In an effort to be as transparent with our readers as possible, I think it’s important to share my journey so far. We just flipped our calendars to January 2019 as I’m writing this, AND I’m not married yet (April can’t come soon enough!). That being said, I’ll stick to my individual figures (estimations). As a consequence of choosing a career in education, my life has never really stopped revolving around a school year, so I think it’s appropriate to use that as my gauge instead of a traditional calendar year (at least for now):

Even though these are estimated figures, reflecting on my net worth was a very valuable, enlightening, and humbling exercise. I would encourage you and your partner (if applicable) to do the same! You might be surprised what you see. Without going into too much detail (yet), I would like to elaborate on the above chart:

It’s obvious that I made several financial mistakes. I still do. I want you to see that. YOU can still put your debt behind you, increase your net worth, and reach financial independence… even on a teacher salary! The most important thing is having a reasonable [plan] in place to follow. In essence, I just increased my savings rate by cutting expenses and increased my income by getting advanced degrees. I’m going to swim a little against the current, and maybe catch some flack for it, by saying you shouldn’t complain about teacher pay. Would I like to get paid more? Of course! Do we deserve to get paid more? Most would argue yes. Simply complaining, though, does nothing to increase your net worth – action does. Focus your energy by controlling and changing what you can. If I can do it, you can too.

Financial Independence doesn’t look the same for all of us. I think it’s extremely important before you embark on this path that you sit down and reflect on what it means to you. I’m going to conclude by sharing some of the goals Victoria and I share on our pursuit to FI:

In the next week we will be writing a post discussing the importance of creating an Investor Policy Statement (Written Financial Plan). JJ and I will be sharing our own written plans with you in that post, which will include not only our goals, but also our investing philosophy and steps we plan to take to achieve those goals.

{Reader Questions} What does Financial Independence mean or look like to you? If this path interests you, where do you stand now? What steps are you taking to move toward FI?